If your corporate image does not match the level of service you provide then we would love to work with you!

With Anchor Marketing you will feel proud of your corporate identity. From Logo Design and Printing to Promotional Products and Branded Apparel, we’ve got an image campaign waiting for you! You’ll be recognized in the marketplace, prospects will trust your consistency, and your business will grow.

Anchor Marketing Services partners with companies to develop and maintain their corporate image. We listen, understand and offer creative solutions to your marketing needs.

With our talented partners in design, printing, promotional items and branded apparel, we offer the knowledge, experience and passion to create a corporate image campaign that will make your business more profitable. Anchor Marketing is the right choice for both newly formed businesses and existing ones who want one source for their marketing needs.

We can create a unique design and an entire identity package including your company logo, website, letterhead, envelopes and business cards, presentation folders, brochures, trade-show graphics, e-blasts, ads, newsletters, direct mailers, invitations, banners, labels, signs and more…Whatever you need, we can design and produce it for you!
Specialties 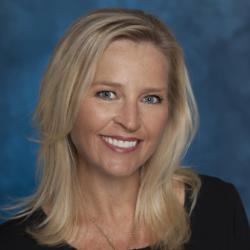 Heather Demis, president and owner, started Anchor Marketing™ Services in May 2005.
Heather has served on the boards of The Child Development Association of North Fulton, Senior Services North Fulton and the Rotary Club of North Fulton.  She is also a  graduate of Leadership North Fulton class of 2000. Heather is a founding Charter Member of the Alpharetta Chamber of Commerce; An Affinity Award 2015 recipient, and she still currently holds a board position. She also Directed the Ambassador Team for the first 5 years. Heather has been an active Rotarian since 2000 and is a member of the Alpharetta Rotary Club.  She is also currently a member of the Women’s Success Network. Heather lives in Roswell with her husband and one daughter.